Right, so wow. Been a second. To be short, things have been quite busy and development slowed to account for that.

But right now, it’s time for you to have a development update. Where is V18 you ask? Where’s the shiny update that everything is getting pushed to? Well, Ill tell you where. It’s…still being worked on. There’s a hefty amount of stuff going on in V18 and more keeps getting added. So with this post, I’ll try and cover as much of it as I can without killing you with boredom. The gist is to give you a better idea of where V18 is in terms of “the great refactor” and all that mess that’s better than me just saying “it’s on it’s way”. So let’s take a look.

Quick Note: I’m going to be looking at this in terms of what is in the project/has been done, not what necessarily isn’t done yet. So if you know something is supposed to be in V18 but isn’t discussed here; the plans haven’t been lost to the ether, there’s just stuff that’s been done prior to that or is being worked on before I get there.

So let’s start with the GitHub V18 project page. To try and help make it short and sweet, we’ll go through the to-dos, in progresses, and the dones and cover the middle ground when necessary.

Onto the suggestions (same section)

Now, what’s all this mean?

A lot of stuff is being worked on. To those that may not know all of my short live technical lingo up there, a lot of those points say refactor on them. To refactor something means to reconstruct it or make updating changes. V18 of Fishsticks is a massive refactor of the whole bot. The core code and framework on which Fishsticks operates is being updated to a more efficient, standardized, and organized format. You can read up more on V18 on the V18 update plan post.

The good, the bad, and the why is it so important now

I knew V18 was going to take a dad bern long time when I started. Mainly because Fishsticks is an amalgamation of sandbox code that I’d used on my own Discord Bot LCARS47 as a development hobby. When Fishsticks came into existence, it was much more imperative that I focus on pragmatic and innovative functionality. Fishsticks is now tied into so much of what CC is that his continued functionality is something that I deem to be of utmost priority.

The good news about V18 is that the result will be a very clean, organized, scalable, and maintainable Discord bot. Future deprecation and API changes will be easy fixes in most of the code. The module design of V18 and the layout breakup and even command logging will prove to be invaluable later. To the majority of CC users, none of that makes a difference aside from Fishsticks’ uptime.

The bad news is that this sort of thing takes time to finish. V18 is a huge update refactoring over 2.5 years of development. It’s meant to eliminate spaghetti code and try to make it at the very least organized. A lot of the core functions that Fishsticks V17 runs on have already been eliminated in favor of new handlers, new modular systems and functions and the performance of the changes have already been outstanding in the tests.

The reason for why all of this is happening and crunching now at this specific moment is because of Discord.js API changes that have broken previous functionality. I knew that this day would come once V12 of Discord.js was released. I just…figured I’d have more time to work on it. That was a failed conclusion. So here we are. Fishsticks is mostly busted not because of changes in his code, but because of API interaction changes. Primarily the Oct. 27, 2020 Gateway Intentions update that broke the user caching system and role caching system.

What can we look forward to?

I’m thinking I’m going to be releasing V18 in pieces in order to try and get the release out ASAP. There’s a lot of functions that need to be running that currently (at the time of this post) are not such as vouching, temporary channels, and any other commands that utilize permissions checks. Most of the rest of Fishsticks’ functions work just fine.

The bulk of V18 will be released in the primary update however. But some stuff will be delayed. The bulk changes include the new role handling system, XP messaging system, etc and majority of the aforementioned stuff above. The stuff getting pushed back is the membership applications, discussion den applications, and anything else that might get moved. I’m still doing my best to get everything out in one bulk push. Most of the bug patches for the big update will be merged in with the additions of the applications system, etc.

Big changes. Massive changes. Good changes. Development is moving along at a pace I’m content with whilst staying on top of IRL stuff. I don’t do ETA’s but you’re welcome to follow the project page for the V18 update on Fishsticks’ GitHub Repository.

What’s that? You don’t think this is original content? You’re right. It’s a repost from the PlDyn CoreFoundry. 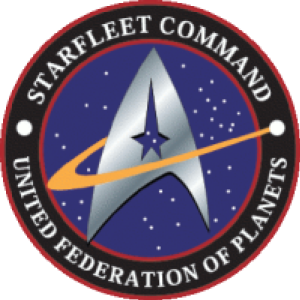 All of your work, and your reports on it, are greatly appreciated!

So what is the ETA?