Social Media Use: Part One

So teach us to number our days that we may get a heart of wisdom.

The average American spends 23.7 hours a week on the internet. For perspective, that’s the equivalent of browsing facebook, watching youtube, and posting on instagram from 12:01 in the morning until 11:46 at night, with no breaks for eating, sleeping, or using the bathroom one day a week, every week. It’s a staggering thought- even more staggering to consider when the same study goes on to point out that the average American’s internet usage per week has risen steadily since the year 2000 and the rise hasn’t begun to slow down yet. Not only are we spending that much time online, but we’re continuing to find ways to spend more time online finding a life. Consider smartphones, a relatively recent phenomena (only popular for the past 10 years). Seventy-seven percent of Americans own smartphones and the average American checks their phone more than 80 times per day.

Something that didn’t exist more than ten years ago for most people, is now considered an essential part of life.
1
Would you consider your computer or one of your devices absolutely essential to your daily life?x

There is no way we can spend so much time online, and not be changed. From amazon to facebook, the internet has fundamentally changed how we shop, work, play, and relate. Some of these changes are good – we can stay in touch with friends and family at long distance easier than ever before, and it’s never been easier to buy cheap books (and other items, but most importantly, books). Some of these changes are not so good.

Have you ever started browsing instagram, only to look up a half-hour later and wonder what happened? Do you find yourself reaching for your phone to check youtube anytime work gets boring? Ever feel like if you just scroll a little further on some app or program, that you’ll find something really good? Can I ask an even more personal question: when was the last time you went to the bathroom without your phone?

It’s not your fault. Tech companies hire well-paid teams of psychologists, behavior experts, marketers, and AI programmers to help them build their apps, web pages, and video games in a way that manipulates you into spending more time on them then you realize you are spending.

Maybe you’re reading this thinking, “I don’t have a problem, I control my browsing habits, they don’t control me.” If you don’t think you have a problem, humor me- try a 48-hour tech fast. If you’re like most of us (myself included) it won’t be an easy experience. Addicts rarely realize they have a problem until their fix is taken away.

Why listen to me about how to use the internet? Good question. I do not have a degree in sociology or psychology. My field of study and experience is communications and advertising. I sell advertising for a local media company and have studied both national and local digital advertising. It’s my job to know how the new “attention economy” works. I’ve also worked in an online ministry for fourteen years and seen the rapid changes that technology forces on all of us.  I bring something to the table different than that of a sociologist and psychologist – battlefield knowledge. The battle that I speak of is the battle for dollars, and the terrain that’s being fought over is not hills or cities, but your attention, your emotions, and your time.

On January 31, 2019, the Christian Crew’s Bible Study did something a little different and became a sort of ‘topical discussion’ where the information presented in this series was talked about in a group. This article is in three parts, and each part will also include the Youtube video of the Topic Discussion if you are interested in the live responses of people as they occurred. If you find this article or the topic fascinating, please let us know in the comments! 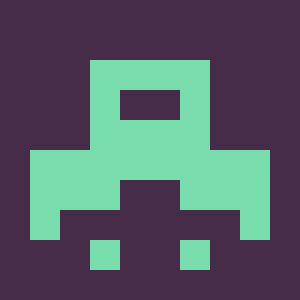 NeoJabez(@neojabez)
Admin
Something that didn’t exist more than ten years ago for most people, is now considered an essential part of life." Read more »

My computer, maybe. I don’t use my phone very much, and my tablet has pretty much become a very high tech book.