There have been several questions in our community lately about sharing content links, such as Youtube videos, Twitch streaming channels, and similar. So, we wanted to fill you in on a little CC History, and suggest a direction of growth that could involve our membership in new and exciting ideas.

The Christian Crew has been around since 2003 in some form or another, but around 2004 or so, we had several members band together to make ‘maps’ and other assets for our CS:S game servers. The group was called UMA, or the United Mapping Alliance. (Later changed to the United Modding Alliance.) Around 2005 or so, an art and creativity group was formed, called [-=ACE=-] (or Artistic & Creative Endeavors). Members of ACE were digital artists, painters, poets and writers, musicians, sculptors, 3D creators, videographers and much more. We even had a few people who weren’t super artistic themselves, but were creative enough to help ACE (and in turn CC) with ideas, inspiration, and impetus to do new things. ACE had regular contests like Signature of the Week (Digital Art Forums Signatures were all the rage back then), Short Story of the Month, and lots more. We had a painstakingly created and beautiful gallery as well, though it wouldn’t work for most people’s browsers today as it was Flash-based. You can try this link, if you like: ACE V2 Gallery ACE is now the name of Neo’s ‘non-business’ and Youtube channel.

One of the single best functions of ACE and UMA were that they were welcoming to new members. UMA’s great CS:S maps drew lots of new players into our various game servers, and people asked questions about the Crew as a result. ACE would welcome new people on the forums and TeamSpeak by offering them forums signatures. This may not sound like that big of a thing, but it really ‘broke the ice’ tremendously for lots of joiners.

The Christian Crew also enjoyed a growing Twitch channel for some time, with several streamers sharing a variety of games and other content. Sadly, most of those streamers have since moved on to other things, or to build their own channels, but they did catapult CC’s channel into “Afilliate” status first.

What Do This Mean For Today?

In the last few days, there was a poll on our Discord asking if there were any interest in possibly exploring ways to grow our Content Creation side, and how we’d go about that. A few people asked for more information, and that’s the purpose of this post.

So, this is where decisions have to start being made. Do we want to just actively help each other, in an informal but useful way? That’s it, maybe we’ll start a new Role or text channel, or just use existing channels and roles to try and kick start a little more participation?

Or, do we start putting together a new UMA, or ACE? Do we want a portion of our website dedicated to members of this sub-group, so they can communicate and share artwork and other content freely and easily? Will this group be ‘official’, or just a loosely-banded group of interested parties?

This is for the membership to decide.

In an effort to get the conversation rolling, I’d like to mention that ANYONE would be able to be a part of this effort. It doesn’t matter if you’re not a musician or have no real artistic skill. If you have ideas, inspiration, are a good writer, or any other skill or hobby that could bolster our community, you’d be invited.

We could start small, by finding out WHO already streams, makes Youtube videos, has digital art skills, etc, and then start deciding if we want to use those existing skills to teach others, working together to build up our Twitch or Youtube channels, or similar ideas.

One of the efforts that would prove extremely useful is simply a cadre of members who create video tutorials on how to do lots of interesting things. Even better if those tutorials feature free software anyone can use, or similar.

The leaders of the Christian Crew have always said that if all of our efforts, work, time, and energy; all of our Bible Studies and meetings and game nights; and all of our detail driven work were to help introduce just ONE SOUL to Jesus Christ, we would feel that all of the effort was worth it. We would be honored to know that our example, or fellowship, or attitude had helped anyone find why Jesus is our King, and choose to make Him theirs as well.

Maybe a new Content Creation team could operate on such a mission statement. Maybe if we have interesting and engaging content available to anyone, we will bring even more people to our community. Maybe out of every 20 people who drop by, 1 stays. Maybe out of every 100 of those people, only 1 learns about God and decides to trust in Him. That’s still worth the effort, it’s still Honor and Glory for the Most High!

Our world has enough bad news, enough division, and enough depression. Let’s see if we can’t come together and CREATE something new. Let’s uplift each other, teach each other, and warmly critique each other as we get better at our chosen crafts.

Maybe you’re familiar or good at:

Digital Art, Poetry, Writing Fiction, Apologetics, Music (as a musician or a songwriter), drawing, painting, sculpting, 3D modelling, 3D animation, video effects, video production, sewing, web design, ui/ux design, programming or coding, streaming, or any number of other interesting or useful pursuits. Don’t hesitate to share in the comments. Let’s see if we want to get this off the ground, or if it’s not really interesting enough to get going. 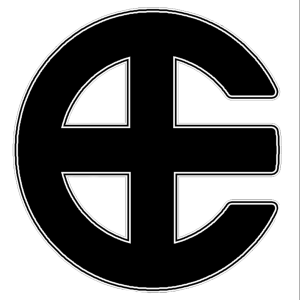 I think this is a fantastic idea. There is enough negative content online, we all should definitely try to start producing more positive content. Count me in.

Most definitely, count me in to sing ’til my lungs collapse. All I can do artistically, unfortunately. That, and some basic video-editing.

Me too. I’m young but can do my best to help in every area I can.