A Girl and Her Pythons

I often get asked how I got into reptiles. I also frequently get asked why I went into horticulture as a career. The thing is, the two are very connected. I blame my mother. For both interests. My mother comes from a farm in South Dakota, so when she moved to the ‘burbs with my dad, she brought her love of plants with her. Growing up, the yard was filled with flowers, trees, and shrubs. We also had a wonderful veggie garden (that I still miss to this day). Us girls were always recruited to help mom with the planting, weeding, watering, you name it. That’s where my love of reptiles started. You see, in the veggie garden, we often had toads. (Ok, ok, they aren’t reptiles, they’re amphibians, but try telling that to a 6 year old!). My sisters and I loved to play with those toads. We were not very good workers. So, mom often told us that we had to pull “X” amount of weeds before we could play with the toads. Me, being the studious rule follower that I am, obliged. (Can’t always say the same for my sisters, but that’s neither here nor there). Playing with toads and weeding the garden. Early on, I was ingrained with joy for both things. Mom taught us that weeding helped the wanted plants grow big and strong and produce bigger flowers or fruit or veggies, which fascinated me, planting that seed of my love for plants. (Pun totally and 100% intended on that one). But, pulling weeds also brought on a secondary reward – playing with toads. Funky looking creatures, American Toads, Anaxyrus americanus. They, along with the rest of their amphibian cousins, spend the first part of their lives in water as an egg and then a tadpole. Sometime near the end of June, early July, the tadpoles emerge and start their lives on land. Now, I did not know any of that as a child, that’s information I’ve learned through school and personal observation. But it’s relevant none-the-less.

Through the years, Mom continued to cultivate my love of plants by continuing to garden, even after we moved away from that wonderful childhood home. I give her the majority of the credit when it comes to my chosen career.

Now, my hobby… Well, I give her the credit on that, too. Much to her chagrin. See, mom is NOT a fan of reptiles. At all. She tolerated our love of the toads, but I tell you what. If it had been snakes, we probably would have moved YEARS earlier than we did. I don’t begrudge her her dislike of snakes. They’re not everybody’s cup of tea. Me? I very much dislike spiders. Too many legs, too many eyes. (Strangely enough, millipedes don’t bother me).

Fast forward a few years and you find me in middle school attending summer bible camp. The camp had a nature center that I would visit as often as I could. All sorts of critters were kept there. I remember goats, chickens, a donkey, a few hamsters, piranhas, a bunny or two, and my personal favorite, a ball python named Ben. He was the first snake I had ever really handled. I have a picture somewhere of me draping him around my neck. He’s what started it all. Unfortunately, due to my parents’ dislike of reptiles, my fascination with them stayed in the background for many years. It wasn’t until my senior year of highschool that it resurfaced when I met a boy (cue the overly dramatic groan).

Let’s call him Charlie shall we? Well, Charlie was a real country charmer and 17 year old me was swept along. I won’t go into details of our relationship, that’s a topic for a different post. But he had a ball python named Monty. Creative, I know. He also had a corn snake named Noodle. Also very creative. I loved those two scaly things. For my birthday one year, he bought me a pair of corn snakes that I named Jazz and Loki. I had plans to breed them when they were old enough. A few months later, we had acquired 4 boas and 3 more corn snakes. But unfortunately, our relationship took a very sour turn and we broke up when I was 19. I lost ownership of my portion of the animals and was reptile-less for a few years.

Fast forward a few more years and I had met a new cute boy and our relationship was getting serious. We decided to buy a ball python since we both liked snakes. We named her Leyla and instantly fell in love. Ezio followed a few 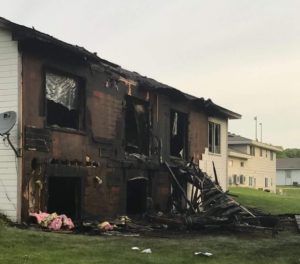 months later, and then Calypso. At this point, I lose track of who we got next. The collection got larger and larger. We connected with several local hobby breeders and became a part of the local reptile community. We started partnering with a couple that we met through that community and they really taught us a lot about the hobby.  Unfortunately, Ezio, Calypso, and 40 other animals died in a house fire in May of 2017 at our partner’s place. I still have nightmares about that night. It changed the course of our lives. I spent that summer helping them get their lives back in order – at the cost of not planning my wedding to the exact details I had wanted. I do not regret helping them, but I do wish I had spent more time on the wedding planning. But alas, it went off without a hitch and we will be celebrating our 3 year anniversary this coming September.

Due to the aftermath of that fire, we eventually split away from that partnership and set out entirely on our own. Thankfully the majority of our personal collection was with us, but we did lose some key animals and had to rethink how we were going to approach our breeding plans. We became friends with several other breeders who helped us along and took us under their wings. We successfully hatched out our first ball python baby in spring of 2018. We then had another clutch in 2019, and we are sitting on 3 clutches for this year (Including Leyla’s first clutch!) We had plans for 5 or 6 clutches for 2021. We have since scrubbed those plans due to COVID and have replaced them with a plan to purchase our first home.

I will outline my journey in Horticulture in another blog. It’s quite the story, involving cats, snakes (of course) and donkeys! 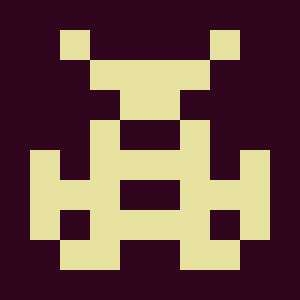 All Posts By This Author

I absolutely loved that story. As a youngster in the UK I used to help out my grandparents in the garden